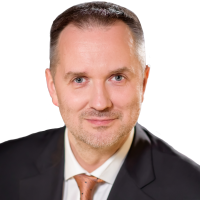 Dr. Gorlov is one of the most famous and, we can say with confidence, one of the best orthopedists in Russia.

Graduated from St. Petersburg state medical University named after academician I. P. Pavlov in 1999. In 2001 he finished clinical residency at the Department of prosthetic dentistry medical Academy of postgraduate education. He passed post-graduate training in the leading dental training centers in Italy, Sweden, USA, Germany, Spain.

He was one of those domestic clinicians who in 2006 were the first in Russia to present their own courses.
He made the most of all" live " demonstration operations within the framework of dental exhibitions and did the most complex operations on navigational surgery during the broadcasts at major events. He was the moderator of most of the main events that were held in Russia and CIS countries.

Dr. Gorlov is a man who, by and large, is at the origins of implantology and aesthetic dentistry in Russia. At the same time, he constantly strives to improve his skills, travels around the world, finding new interesting opportunities for himself to integrate them into his practice. In particular, he is one of the leading specialists in the field of occlusion - graduate of Kois Sentre, USA (2010 – 2013, confirmed Diploma in orthopedic dentistry). Experienced clinical expert in implant prosthetics using CAD \ CAM technologies.
Since 2008, he has been the head of his own author's dental clinic "Okhta dental" in St. Petersburg.
Since 2010, Dr. Gorlov has been using the Renova implant system in his practice and has successful long-term results of its application, which he will share in his courses.